We’ve just launched the single most visible, most complex, and most trafficked page in the entire network of Guardian Unlimited sites — the Guardian Unlimited front. And in so doing we’ve revealed more of a new design that’s due to roll out over the next few months.

There are some really lovely editorial and commercial features in there, but I can’t give the whole game away now. Those tricks and subtleties will reveal themselves over the next few days, weeks and months as the news agenda and business opportunities unfold. However, I would strongly recommending looking at Emily Bell’s piece which explains what we’re doing, and Mark Porter’s background on the design.

Since this is a technology blog I want to focus on just a couple of technical areas that I’ve been tracking — templating and layout, and some of the issues we’ve had there.

Keeping it simple with Velocity

Like the GU Travel site, perhaps our highest profile release in recent months, the templating was achieved with Velocity. This is no secret; Velocity was named as one of our technologies when we were recruiting for client-side developers earlier this year.I’ve noted with raised eyebrows the Velocity versus Freemarker skrimishes that have blown up on the Net from time to time — they have been both lengthy and deeply felt. I can’t honestly say that we ran a detailed and open comparison when we chose a templating framework, but we consciously chose Velocity because it enforces simplicity. I once recommended someone to the Velocity documentation page, and one of our developers piped up “That’s what I like about Velocity, it has a documentation page“. Admittedly, it’s a very long page, but it’s still one page. That’s a sign of its simplicity.

But maintaining simplicity is difficult, and it’s too easy when faced with basic tools and a complex problem to create hacks and workarounds. One of our warning signs of things going skew-whiff was when our Velocity templates were becoming difficult to understand. I know a few people who would regard such things as the norm, that workarounds are par for the course for a jobbing techie. But complexity of the solution should be proportional to the complexity of the problem, and rendering data in templates shouldn’t be complex unless the data is complex. Also, one of the reasons behind the strategic decision to keep the development in-house was to ensure quality remains high throughout the software stack — we can resolve problems at source, not just where we have access.

In the case of complicated Velocity templates I was at pains to emphasise to our client-side team that they should expect simple, intuitive, relevant information from the back-end systems, and they should use this to ensure their templates are easy to read — if they weren’t getting this then they should tell the back-end developers. Conversely the back-end developers considered it their duty to provide simple, intuitive, relevant information to the client-side team, but needed to be guided as to exactly what this meant.

Consequently, subtle changes in the way information was presented, or accessed, made big differences. The back-end team ensured not only that the domain model was adjusted and expanded to ensure simple templates, they also built a number of tools to ensure the work of templating itself was more manageable.

In the end the Velocity behind the Guardian Unlimited front does remains complex. But it’s complex only as far as the visual design itself is complex. That feels appropriate to me. 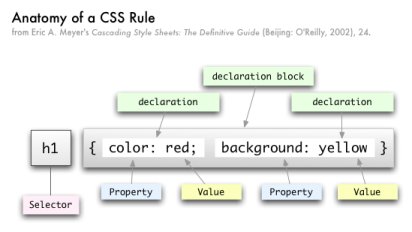 Because there’s an awful lot of content on the GU front there’s an awful lot of styling. And that’s brought with it its own problems. An Agile process encourages change, and as the work came together the design and the styling necessarily evolved. However, while change can be handled easily in software (thank you, JUnit and Eclipse) that’s not really the case with CSS — there’s no reliable refactoring tool that I know of.

I’ve previously found Factor CSS which reduced a 300 line file I gave it to 40 lines. But as one of our client-side team stressed to me, “Refactoring CSS is about making it more manageable, not shorter”. IntelliJ IDEA does better. It allows renaming of IDs, class names, etc, which is a huge jump forward, but far from the current state of refactoring in object-oriented programming. So refactoring CSS is important to us because of that manageability: this is software we’re writing for the long term.

Thus a short time ago we embarked on a manual refactoring exercise which rounded up all those tiny changes that had crept in throughout the Agile design process. When we began we had a single global CSS file of several thousand lines. That horrified me, though I suspect it wouldn’t be shocking to those who work on this kind of thing full time. There is debate within the team as to whether this is to be expected — “CSS doesn’t scale,” / “Yes it does, but we’re still on the learning curve”.

Either way, we’ve now split it out across several more manageable files and removed a lot of duplication and redundancy. No-one thinks we’ve achieved an ideal, but we think we’ve done what’s pragmatic for now. The team has achieved this partly through dogged hard work, and partly with a bit of innovation. The hard work needs little explanation — it’s work, and it’s hard, and it’s part of any job, although in this case it does have the virtue of rewarding you with incremental results at every step of the way. The innovation is in the way we link CSS templates to the on-page components that they refer to, so that each component pulls in its own CSS if necessary, and only if necessary. This ensures we can isolate component-specific CSS quickly and effectively, and therefore be more confident in our refactoring.

However, I’m left with the feeling that web design is a good way behind back-end software development when it comes to management.

Of course, separation of presentation and content is second nature today, if rare in older systems. I noted with interest that when Yahoo! News UK relaunched recently one of the innovations listed was “proper separation of presentation and content for the first time”. Yahoo! News UK and GU clearly have more in common than just what’s on the surface.

But while the fact of presention and content separation is well-established, the two sides must communicate and how this is done is much less certain. To give a particular example, when we display an article the content consists of obvious things such as article body, headline, byline, etc. Our early adherence to domain driven design (DDD) led us to ensure that this content — and only this content — was visible to the Velocity templates. This sounds fine in theory, but in practice wasn’t good enough: the visual design of the page also depended on knowing non-domain information such as where the 200-word point was, or the dimensions of the associated image.

For these reasons passing in “fake” articles with extra (non-domain) information violated the architectural principles of DDD and lost us its advantages. We also flirted briefly with creating and exposing objects such a DecoratedArticle (using the decorator pattern) but this didn’t pass the intuition test. A DecoratedArticle is not an intuitive thing to anyone except an experienced software developer.

It took some time to evolve a solution that ticked the boxes for domain driven design, simplicity, intuitiveness and manageability. It involved small alterations in our templating patterns, among other things.

The GU front in retrospect

The work to date on the GU front has been far from trivial — not only because of the issues above, but also because of things I’ve not talked about such as performance and the software our editors need to keep updating it.

Along the way we’ve tackled new and difficult technical issues. You might think it’s odd that such issues weren’t resolved last year when we were working on the Travel site which is really part of the same system. But, as I said before, the GU front is probably the single most complex thing we could release. It’s only when you force yourself to confront the most difficult issues that you are forced to see root causes and address them at source. This is particularly so as there is much more work to come. As Emily says, “our view is that for a more technically robust site, which will be a platform for far more rapid developments in the future, an iterative approach is the best”. So we’ve made a good decision to face the difficult stuff sooner rather than later. There will be more technical challenges to tackle in the months ahead. But for now I can say we’ve resolved some really core issues in ways that should hold us in good stead for a long time to come.

13 thoughts on “Guardian Unlimited’s new look: Some background on templating”