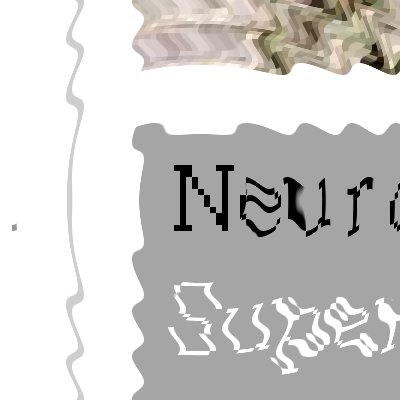 …which was one of the two highest priority launches of project. Yet it happened around 12 months after we planned it, and between the planning and the launch we also launched the guardian.co.uk home page, video integration, and sections for Media, Technology, Business, Science, Society, Money and Environment. If it was so important, why did we take that seemingly roundabout route?

Actually, it wasn’t that indirect. In January and February 2007 planned all the work that was to follow the launch of the Travel section, which had gone out in November 2006. From our senior stakeholders we sought the business priorities, and there were two major milestones: changing the home page of guardian.co.uk would send the clearest public signal of intent (even though it was only one page), and launching our news content in the new design would demonstrate the depth, extent and utility of the transformation. So those were our two major targets.

But there was another major requirement running through all our launches, and that is that they should be sufficiently comprehensive and largely complete at the moment of launch — there shouldn’t be any obviously missing features or tools. Since the news agenda is both urgent and highly volatile the news desk needed a comprehensive set of tools with strong integration to be able to deal with the daily demand. That included polls, improved galleries, an audio player with better podcast integration, a wider range of layout templates, many more navigational components, more streamlined tools, cartoon pages, very flexible keyword management, and much more.

It was, in total, around a year’s worth of work, so getting there directly would have meant no major launches — no tangible benefits — for a year, and that just wasn’t on. Agile development is about providing value early. To deal with this problem we exploited that fact that many sections, such as Science and Media, would benefit greatly from early launches and wouldn’t need such a comprehesive featureset as News from the word go. And developing those other sections would help build up towards News. We then calculated that if we wanted to get to the News launch with a detour through those other launches then it was a difference of only 6%.

Clearly there were big wins all round. Many sections were launched early so those desks got the benefits early; the commercial team was able to make use of the flexible advertising early; the technology going to the news desk was tested and refined well ahead of launch; and the risks normally inherent in a big bang launch were drastically reduced.

Speaking personally, I found the launch of the News section surprisingly muted. Lots of the public excitement and discussion around the reworking of our site had occurred when we launched the front page many months before, and continued in varying forms with the release of each subsequent section. By the time we got to the News section it was much less startling to those outside looking in. But in terms of internal change so much traffic goes through the News section, and it involves so many people working with it each day, it was very significant. Frankly, big launches which happen with so little fuss is something I’m very happy to live with.