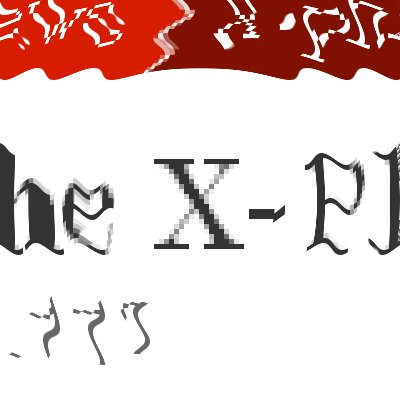 …which was a size of problem we noted but wouldn’t tackle.

When we estimated the work for R2 up front we used t-shirt sizes for each feature: S, M, L and XL. The largest single task the team would tackle was an L, which was the equivalent of five days’ work. We felt this was a good maximum for two reasons: first, it delivered something of value within a reasonable space of time and what should have been one iteration; second, if we could imagine developing it within five days then it was probably sufficiently understood, whereas anything bigger risked being too complex to estimate without a lot more thought.

However, during the time-limited initial planning period we were required to estimate things that needed more analysis than we had time for. These features we labelled XL and gave a nominal equivalent size to: 10 days’ work.

However, we would never actually start a task that was labelled XL. We would always break it down before the event into smaller parts. The aim was that although individual estimates might be over or under, on average they should balance out and the total size of the project should remain constant.

Of course, for XL tasks it was quite possible that a more thoughtful estimate would produce a total that was far too big to be able to be balanced out by other tasks. In these cases we would have to reconsider our options and think about dealing with the problem in a different way — most likely by having a less comprehensive solution. However that didn’t tend to be too much of a problem. In many cases by the time we got to the XL task our stakeholders’ needs and priorities had changed so much that there were a lot of new options and directions that people wanted to explore, and ones that they would not have thought of in those very early planning stages.

This is an example of why planning was important, but very detailed planning would actually have been quite wasteful.