As well as running a workshop at How to Web 2011, I was also able to attend many of the sessions. Here are some very brief notes from just some of those…

Doug spoke at length about a particularly painful buying experience he had with PC World. It seemed a lot of this was therapy, but he also used it illustrate various points about disrupting traditional companies. Along the way:

Pablos illustrated many examples of the hacker mentality: breaking into cars by exploiting the limited combinations in key fobs, sitting in a hotel room and turning the video player into a monitor of other people’s activity, and so on. Ultimately he showed a mechanism that might be used to eliminate malaria, and funded by the Gates Foundation: identifying mosquitoes by their wing beats, then zapping them with a laser.

Lightbox is one of my favourite Android apps, and Thai talked about gaining support from Google by having an “Android first” policy. Too often companies write the iOS version first and then produce the Android version, which comes out as a poor imitation. Thai’s company got featured in the Android Market by virtue of its focus on making a really beautiful app for the platform. 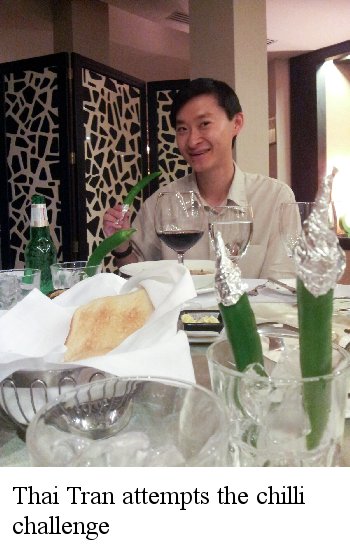 Thai also spent a lot of time talking about the hard work that goes into developing for Android. His company’s app needs to be supported on 190 handsets, and he talked about some ways they deal with that. Partly, they have (now) an extensive network of beta testers. But he also talked about tricks like exploiting the fact that you can install an app via e-mail. So you can go into a phone store, find out the address that the demo phones have been set up with, and mail the app to it before trying it out. Even so, Thai said he’d pay for a service that tested an app on 190 handsets. Now there’s an opportunity…

Philipp discussed crowdsourcing, and many of the lessons he had learned through his company’s developments. Of the two that stuck with me:

Carlos talked about the value of Seedcamp (much of which was startups helping each other, rather than the Seedcamp elders helping them) and also emphasised that many businesses today are ripe for disruption. What constitutes disruption? Here are two ways:

Mark is their Chief Strategist for Digital Media, and spoke about “Finding your big idea”. One of his most intriguing suggestions was a periodic table of trends — you combine elements to create a new idea. While this is really only a visualisation of what people already do a lot of the time (“It’s github for games”, “It’s Facebook for squirrels”) I was struck by the extra dimension of categorising trends: is it a business trend or a technology trend? Is it short term or long term?

Eric talked about API dos and don’ts. Among them:

There were many more talks; due to the twin track I couldn’t get to more than half. But the speaker line-up was stellar, the attendees were fascinating, and they even had good wifi and plenty of power points. What more could you ask for…?