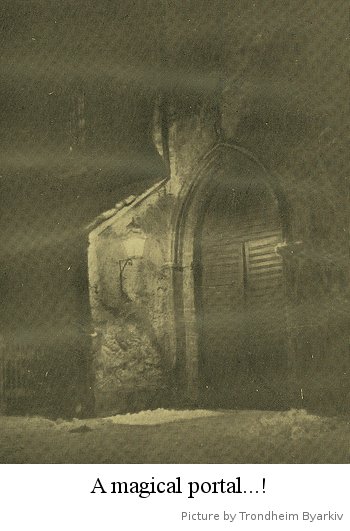 And I know plenty of good recruitment agents, all of whom dislike them. That’s because a good recruitment agent can identify good candidates and sell your company if they understand the subtleties of your operation, and they can only do that if they get to speak to the human beings who are doing the hiring. If they can’t speak to human beings then your company and that role is hard to distinguish from any others on their books, and so you won’t get many good candidates.

I know HR departments defend recruitment portals, but HR departments rarely have a direct interest in the process. Despite their difficult position (responsible for the integrity of the hiring process, but without the authority of actually doing the hiring) they only have a periphery interest in either the speed of the appointment, the happiness of the candidate, or the consequent rightness (or wrongness) of any final decision.

A game of three thirds

At this point I should admit to some acceptance of recruitment portals and make the argument a bit more nuanced. There are three things mixed up here: the fact of a digital recruitment system; the usability of that tool and its place in the process; and the requirement for all activity to go through the tool, preventing people from direct communication. To take them in order…

It’s fine to have some kind of database or digital system for collecting and storing applications — that’s just good organisation. If CVs or applications come in electronically then you’ll want some way of tracking them. That might be an e-mail inbox (possibly with folders), a spreadsheet, or something grander. Storing things electronically is fine and usually appropriate. And if you’re operating in a very large organisation with hundreds or thousands of applications every day for essentially the same kind of jobs (software engineer at Google, entry-level accountant at PwC…) then you’ll certainly need something a bit more than a spreadsheet to manage them.

The usability of the tool, and its place in the process, is slightly different. If your recruitment process is finely honed, and all your hiring managers are known to operate in exactly the same way (have exactly the same requirements, sort candidates in exactly the same way, look for exactly the same things, assess people in exactly the same way) then you can design and configure your tool to be just right for all those managers. But that’s very rarely the case. Most people aren’t hiring managers in Google or PwC looking for hundreds of the same person in the same manner. Most hiring managers at the bottom of the chain (i.e. the ones who are a primary filter before finding a candidate good enough to put in front of their boss) have only a couple of dozen applications to manage at any one time, for one or two positions. Those of us in that position want to focus on the people, and a tool that’s not exactly in line with the way we work is just going to get in the way. That’s particularly frustrating when we know we could do a lot better with a spreadsheet or an inbox. To HR people reading this asking “Is it really that bad?” the answer is Yes, bad tools really get in the way.

Finally to the issue of preventing hiring managers from speaking directly to recruiters, the corporate equivalent of “talk to the hand, ‘cos the face ain’t interested”. This should have nothing to do with recruitment portals — after all, using technology and speaking to people are entirely compatible — but that’s rarely the case. The recruitment portal is too often elevated above its station, and becomes the entire process rather than an aid to the process. Eliminating human contact from an essentially human endeavour is a major failure if not a tragedy. It’s forgetting the human and thinking only resources. Job hunting and hiring is corporate dating, and personal contact is key. As I said above, if you can’t distinguish yourself through personal contact then don’t be surprised when your candidates are disappointing — the good candidates will be talking to your nimbler, less bureaucratic competitors.

Looking at the sales blurb for recruitment portals I see they tout cost savings and administration efficiency. But other than the mass-intake examples I cited above, most hiring is not a standard process that can be mechanised. Thus prioritising cost- and efficiency savings in a variable process damages the core purpose: to hire the right people for the job. This is an example of premature technologification.

Different jobs have different approaches to hiring (for some an application form is standard; for some it’s an anathema); different managers prioritise in different ways; HR’s needs are different from hiring managers’ needs; hiring context changes. You can’t keep configuring and reconfiguring a portal every time, so you end up with a technology that doesn’t fit the situation.

The humanity needs to be central to hiring, otherwise any cost savings that might come from the recruitment portal will be dwarfed by a new and more significant cost — the cost of not getting the right people into your company.