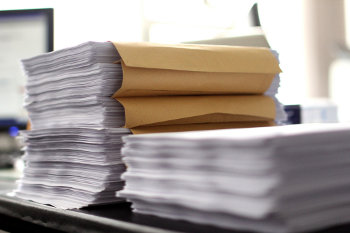 Depending who you read, there are some fairly questionable claims made at a recent EMC/Policy Exchange round table. Mark Thompson, former advisor to George Osborne, is variously quoted as saying government “doesn’t get” digital, that Agile is “unthreatening” and “nonsense”, and that the government is in danger of losing its way over its digital strategy. You can read reports in Computing.co.uk and Wired.co.uk. You have to pick out the implausible claims before you get to some plausible substance. Let’s deal with some of the dubious claims first.

The most implausible claim is that “Agile is funky and yet is unthreatening, the perfect storm” and it “involves building your stuff all over again rather than consuming and leaves all those underlying pesky hierarchies”. Anyone who has worked in a hierarchical and bureaucratic organisation will testify that Agile is very, very threatening to the status quo. It requires removal of silo boundaries to create cross-functional teams, a lot of authority to be delegated to people who are actually doing the work, and operating amid a very high degree of uncertainty. It’s hard to imagine anything more threatening to any organisation that’s risk-averse and beholden to hierarchy.

It’s also not true that Agile “involves building your stuff all over again”. It does have its roots in software development, and that’s where the most established practices are, but the principles of incremental delivery and working with uncertainty extend beyond that.

You might also read in Computing.co.uk that Thompson said Agile is “truly nonsense”, but don’t take that quote to heart. Wired.co.uk has a more complete quote: “Agile is nonsense without self control, reuse and a conceptual framework”. Well, that’s more plausible, and entirely different.

Finally, a personal bugbear regarding the phrase “get it”. Thompson is quoted as saying “As shareholders in government we need to wake up to the fact our board members don’t get it”. As a general rule this is just an excuse. If a person “doesn’t get it” then we should assume that’s failure of communication of the idea, not a failure of the listener to understand. If our teachers were allowed to complain that their pupils “just don’t get algebra” or “just don’t get history” then there would be a lot of loud complaints from parents about a lack of commitment and imagination in the teaching profession. If someone doesn’t understand rethink how you communicate.

Despite all of that, though, there is an important message being conveyed: that the government’s original digital strategy is being subverted by a fixation with Agile. I’m a big advocate of Agile delivery, but it is just the vehicle. Ultimately there needs to be a valuable destination. Without that destination—the end goal—it won’t deliver the best results. It will, as John Seddon says, just be “doing the wrong things righter”. Mark Thompson is entirely correct when he says “Digital is fundamentally not about new interfaces in the system, it’s actually about fundamental business model change.” It’s about changing the way services are conceived and shaped.

There is hope. If the current early (Agile) work is seen as a success then it’s likely the digitally literate people within government will then get more of a voice and more of an opportunity to make more fundamental changes. It’s a question of trust—be successful in something we understand (saving money) and we may then trust you to do things which we understand less.

Agile is not a digital strategy. But it can help deliver one. And it can win trust to create one.