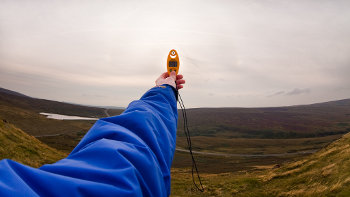 People don’t measure the impact of their work nearly as much as they should. As an industry we’re pretty good at measuring our outputs—the stuff we produce—such as features, story points, and so on. But we’re not so good at measuring the outcomes—the value of what we produce. I think a lot of that is because people think it’s too difficult. I agree that it’s not trivial, but I’ve also found it’s easier than most people think.

The definitive book on this subject is Douglas Hubbard’s How to Measure Anything. He provides a number of ways to find appropriate ways of measuring things, and one of the first steps is to ask why. That is, ask “Why do you want to know?” or “What difference does it make?” or “What decision will this influence?” One result from this is that you find out how accurate you need to be and—crucially—how accurate you don’t need to be.

For example, suppose you’re developing a new system for a more efficient workflow for teams of case workers, and you want to move over to the new system only when it’s performing at least as well as the old system. That measurement of performance only needs to tell you which system is more performant; any other detail or data is wasted. You might also consider that there is a margin of judgement in the decision, too, because the longer you keep the old system running the more it’s costing you. So you might get to the point where you’re prepared to switch over to the new system even if it might (due to its margin of roughness) be a little less performant than the old system.

Measuring things does take a bit of practice. But it’s hugely valuable, and it’s not as difficult as many people think.