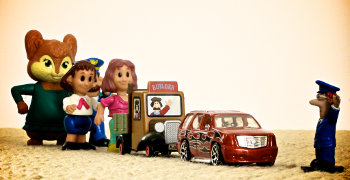 When planning a piece of work we can often find ourselves trying to measure or score the various features according to their value. For example, if our project is to attract new users to our product then Feature A might be measured as expecting to bring in 800 new users a month, while Feature B might be measured as bringing in 1,200. This way we can agree which is more (or less) important, and have related discussions, such as how we might adjust Feature B to make it less costly without damaging its positive impact too much.

But often it’s really difficult to measure things in this way—perhaps because the criteria are complicated, or because it’s difficult to get agreement on some of the issues. In these cases it’s usually equally good to simply prioritise, instead. We just need to say “Feature B is more valuable than Feature A; Feature C is less valuable than either of them…” and so on. We don’t need to say how much the difference is, simply the order in which we value them.

Once we do this then we can have a lot of constructive conversations. Often the most valuable things aren’t in doubt, so we can start building immediately. Equally, the least valuable things are rarely in doubt, too, so we can safely put those discussions to one side (probably indefinitely). There will be questions around how to order the things in the middle, but in practice that’s usually a different conversation to the one most people expect, because by the time it becomes important we’ll have delivered a whole lot of other stuff and our idea of what’s really valuable will have moved on.

It would be wrong to pretend the whole process becomes easy, but the overall point is that prioritising is often at least as good as scoring features objectively. To many people this is so clear that they don’t even think of scoring, and always prioritise.

By the way, students of Doug Hubbard will recognise that the title of this blog post is misleading. If we simply want to know the order in which we should do things then prioritising is a form of measuring. It’s reducing our uncertainty sufficiently to make decisions.