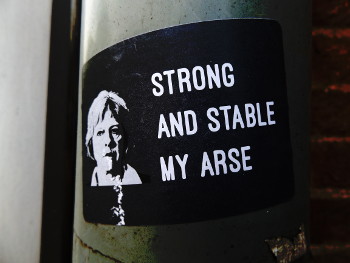 When assessing a goal or an uncertain situation it’s often useful to see if it has multiple dimensions. A very good example is from Theresa May’s disastrous election campaign when she asked the electorate to help her get “the best deal for Britain” in the forthcoming Brexit negotiations.

I’ve previously made a lot of the fact that many seemingly either/or, black-and-white, situations are really shades of grey—I’ve discussed some examples from the news and from IT security policy, and when thinking about risk more constructively or just talking about the unhelpful concept of “a risk”. But what Mrs May introduced us to is a clear over-simplification of something that is obviously very complicated, and this allows us to look at a different, but closely related, idea: multiple dimensions.

In the phrase “the best deal for Britain” the PM implied that it’s possible to say that deal A is better or worse than deal B. However Brexit consists of many things: migration, health provision, the hierarchy of courts, trade deals, the movement of finance, and much more. Not only do these consist of many different aspects, but what’s important to you many not be what’s important to me. Suppose deal A consists of moderate freedom of movement and increased tariffs on goods, while deal B consists of minimal freedom of movement and reduced tariffs on goods. If you value freedom of movement much more than the cost of trade then deal A is better by your measures, even if deal B involved tougher deal-making.

The general lesson is that an apparently simple scale (e.g. “a better deal”) can have multiple dimensions, and there is much debate to be had around “better” or “worse”.

We can apply this lesson to help us escape a black and white world view, or to solve problems around what is “better” or “worse”. Seeking multiple dimensions can help us tease out opportunities and solutions, or be really clear about what success looks like.

There is probably a lot to say, too, about translating the result of the black and white Leave/Remain Brexit referendum into government policy. Did the binary Leave result justify the “hard Brexit” stance the government subsequently took? And how much of the current hung parliament was a correction to that binary decision, effectively refining the result from black and white to a shade of grey? But these are probably questions best answered elsewhere.