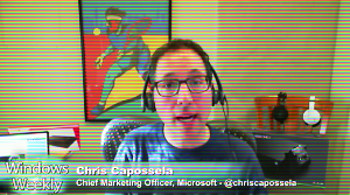 You’ve probably heard the idea that we should allow people to fail. You’ve probably also heard the phrase “fail fast”, meaning that we should both allow failure and be set up sufficiently to recognise it and recover from it quickly. In both cases I’ve always seen the benefits of accepting failure as allowing us to try more ideas and be more innovative—if there are high penalties for failing then people will be unwilling to try risksy things. But recently I saw another side to this.

Watching the Windows Weekly podcast, I saw Microsoft’s CMO, Chris Capossela, tell a story about Jeff Bezos on an investment analyst call for Amazon. One of the analysts criticised him for the failure of the Fire phone, for which Jeff came out all guns blazing. He strongly berated the analyst, saying essentially “if you think that’s a failure, you ain’t seen nothing yet.” Chris went on to relate this to Microsoft’s closure of the Groove Music service and its discontinuation of the Microsoft Band. He said that if they were afraid of failure they would have been obliged to continue supporting something where the business case just didn’t make sense.

To me this was a new side of the idea of accepting failure. Not only does accepting failure allow us to initiate more ideas, it also allows us to make a more rational decision about exiting a failing venture. I’ve known a few people who have shut down their own business after it’s failed to perform to their expectations, even if it was still arguably successful in other ways. I’ve also known people who have shut down products or services in similar circumstances. I’ve always admired their ability to make rational, but painful, decisions.

It may appear odd that so much benefit comes from such a simple idea as accepting failure—that it improves initiation, innovation and closure. But perhaps it’s just an acceptance of the reality of life—that things are uncertain, that we are human, and therefore to pretend otherwise is irresponsible.