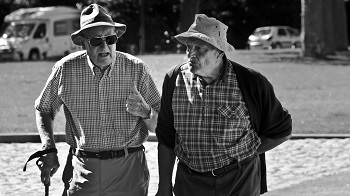 Previously I’ve said that digging into the reasons behind certain statements, and asking why, helps us understand problems better. But it’s also personally fulfilling and rewarding. I was reminded of this last week when I came across two stories in The Guardian.

The first is an interview with James O’Brien, host of a radio phone-in programme, who (unusually in the talk radio world) tries to find out more about his callers’ thinking rather than just letting them air their views. The article says

…he remains genuinely interested in his callers – they are never just meat for his narrative. He is an instinctive egalitarian – you can hear it in the respect he has for his callers, not in a focus group/vox pop/specimen way, but as equals, who he is actually listening to and prepared to engage with. It’s quite unusual in public life. “I was getting bored with ‘What do you think? Thanks, John; now we’ll go to Brenda’, never asking them to justify their position,” he says. […] “Everything changed for me when I started asking people ‘Why?’ rather than ‘What?’”

The second is a news item about Nick Boles, a Conservative MP who quit is party, frustrated by the failure of his side to engage constructively with other parties to find a solution to Brexit. This, while he had defied convention and done it himself. The news article concluded with this:

The common theme from these stories is that asking why is genuinely revealing, and helps build better relationships. In a complex world where we all want to achieve different things, that’s got to be good.